It’s now been three days since the Trump Four Seasons (no, not that one) news conference, and we’re still not over it.

A refresher: On Saturday, when Joe Biden was projected the election winner and became president-elect, President Donald Trump tweeted that his team would be holding a “big” news conference at the “Four Seasons” in Philadelphia.

Both the president and the luxury hotel chain were quick to clarify that the event would, in fact, be held at a landscaping company that happens to bear the same name, no relation.

It’s a storyline not even the “Veep” writers could concoct. And the internet crowd, as they say, went wild.

Merch bearing the Four Seasons Total Landscaping name started to pop up everywhere ― including on the landscaping company’s own website (a brilliant marketing move), with profits going directly to the business.

Four Seasons can’t seem to keep its merch, including stickers saying “lawn and order” and “make America rake again,” on the digital shelves. It said in a Facebook statement Sunday that it was “honored to be asked to host a press conference” and is saddened by some of negative comments it received.

“Our team at Four Seasons would have proudly hosted any presidential candidate’s campaign at our business,” the company said.

But as Twitter is wont to do, one sleuthy user found Facebook posts shared by the Four Seasons Total Landscaping owner’s son that question vote counts, refer to Hillary Clinton as “Kilary” and challenge Robert Mueller’s Russia investigation.

If you don’t want to directly support the Four Seasons landscaping business, artist and cartoonist Shing Yin Khor is selling T-shirts benefiting another widely talked about state where the voting was key to Biden’s victory: Georgia.

Khor is selling Four Seasons Landscaping T-shirts, with the profits benefitting Democratic candidates in Georgia’s January runoff elections for both of the state’s Senate seats.

In a tweet Saturday, Khor said they decided after a few celebratory mimosas to make “the Four Seasons Total Landscaping shirt I desperately wanted in my life.” The T-shirt features Philadelphia Flyers mascot Gritty ― an orange-furred cultural phenomenon ― riding a tractor with the perfect made-up slogan: “Not the Four Seasons Hotel Philadelphia” beneath.

With all eyes on Georgia and runoff races that will determine which party controls the Senate, Khor tweeted Sunday that the shirt project had raised more than $28,000. By Tuesday, Khor told HuffPost in an email, that number has more than tripled.

“I’m overwhelmed and surprised at how much traction this goofy shirt I made in 15 minutes while drunk on celebratory mimosas while playing D&D has gotten,” they said. “We were at $97,000 in profits when I went to bed yesterday.”

Khor is working with a site called Threadless to sell the shirts and distribute proceeds to voting rights organizations, “with a focus on BIPOC-led and grassroots organizations in Georgia so none of that money has to pass through me (except for the max individual contributions I’ve already donated to the Ossoff and Warnock campaigns).”

Khor is the co-founder of a number of art fundraising projects, including Resistance Cranes, which focuses on immigration rights, and Project Pizza, which spotlights food insecurity in Los Angeles. “So, this was not a total fluke,” they said. “But this has probably been the most surprising, silliest and most wildly successful one yet.”

In any event, there is arguably no greater way to commemorate this moment. Take a look at some of our favorite pieces of Four Seasons merch, from Khor’s apparel company Shop Class and from sellers on Etsy, below. 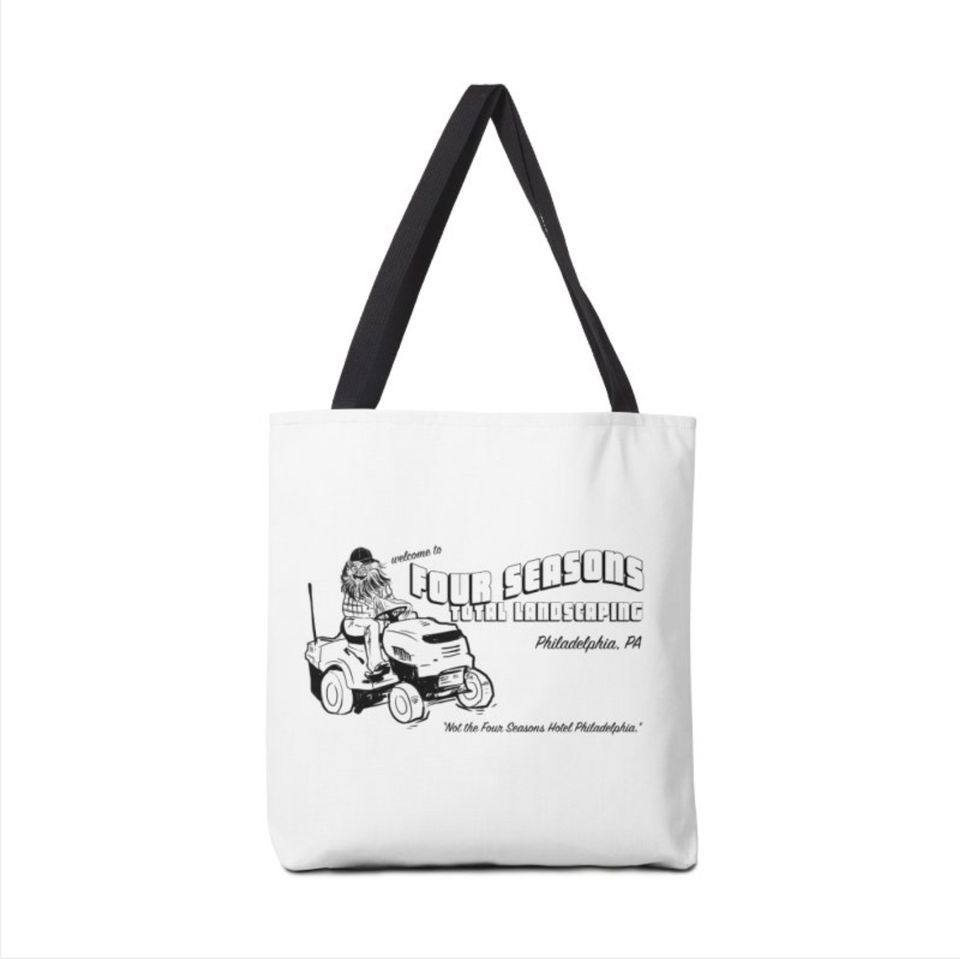 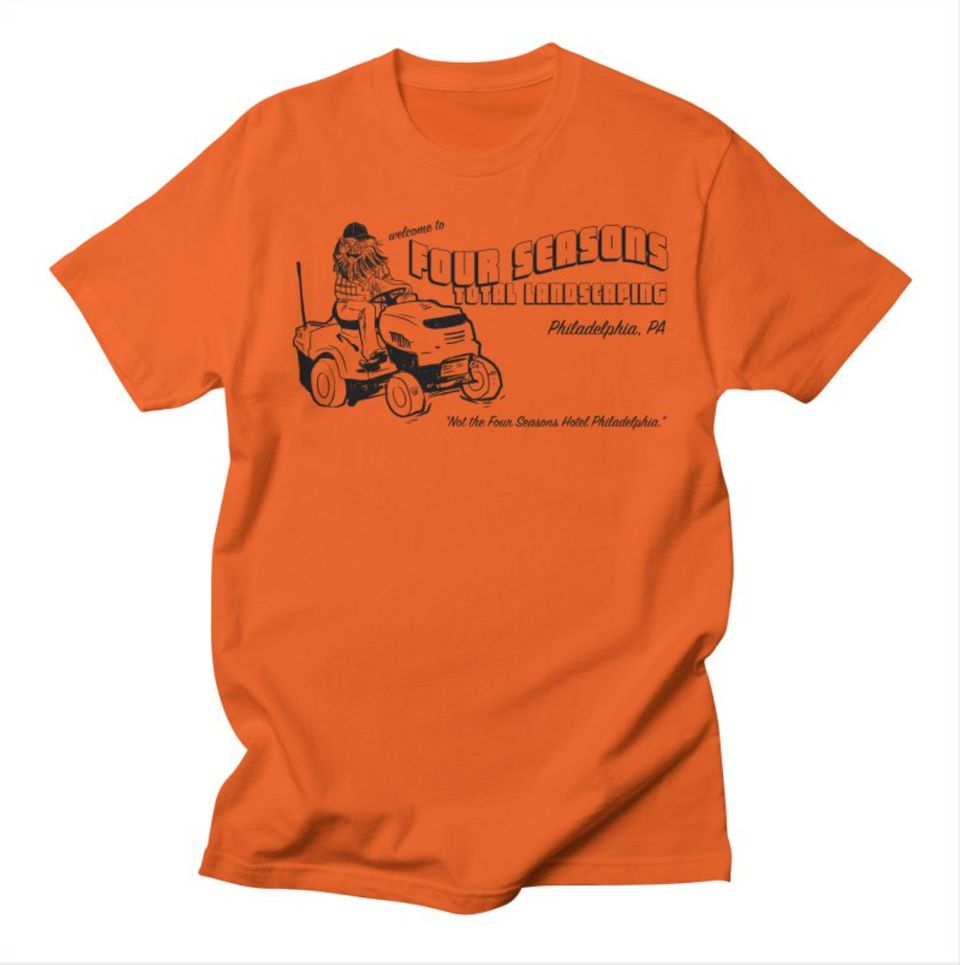 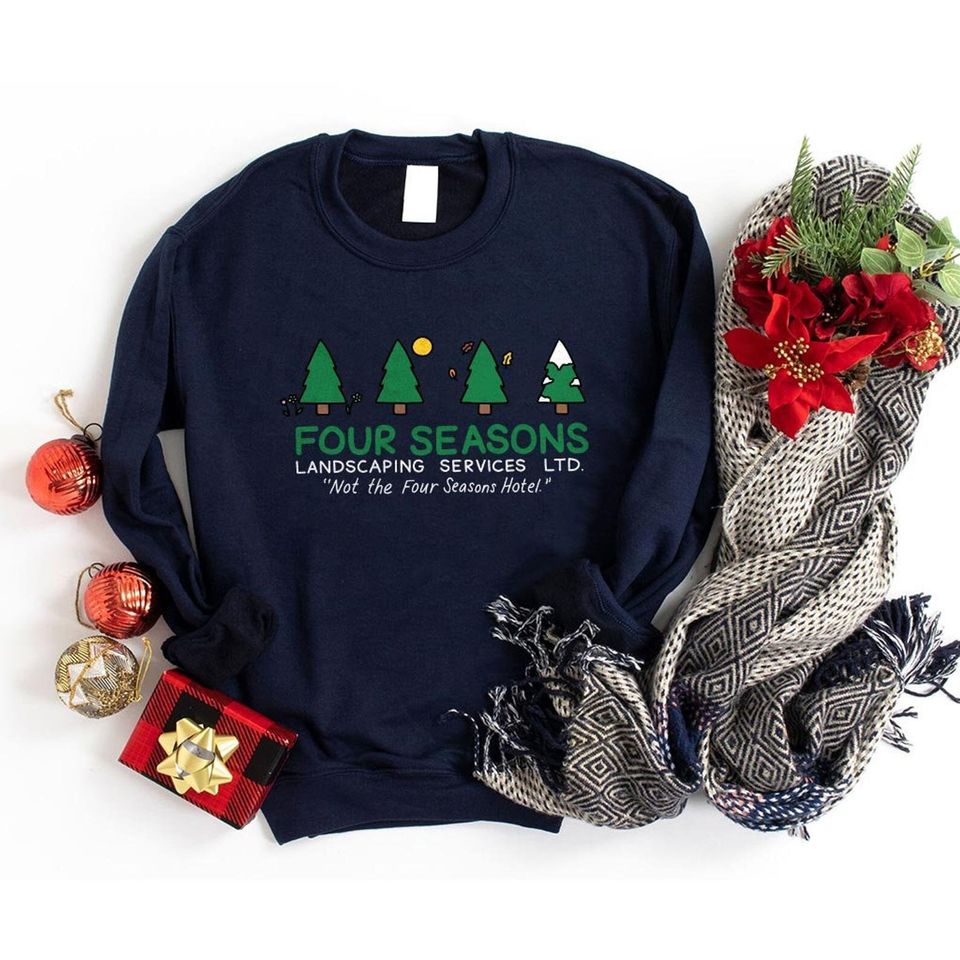 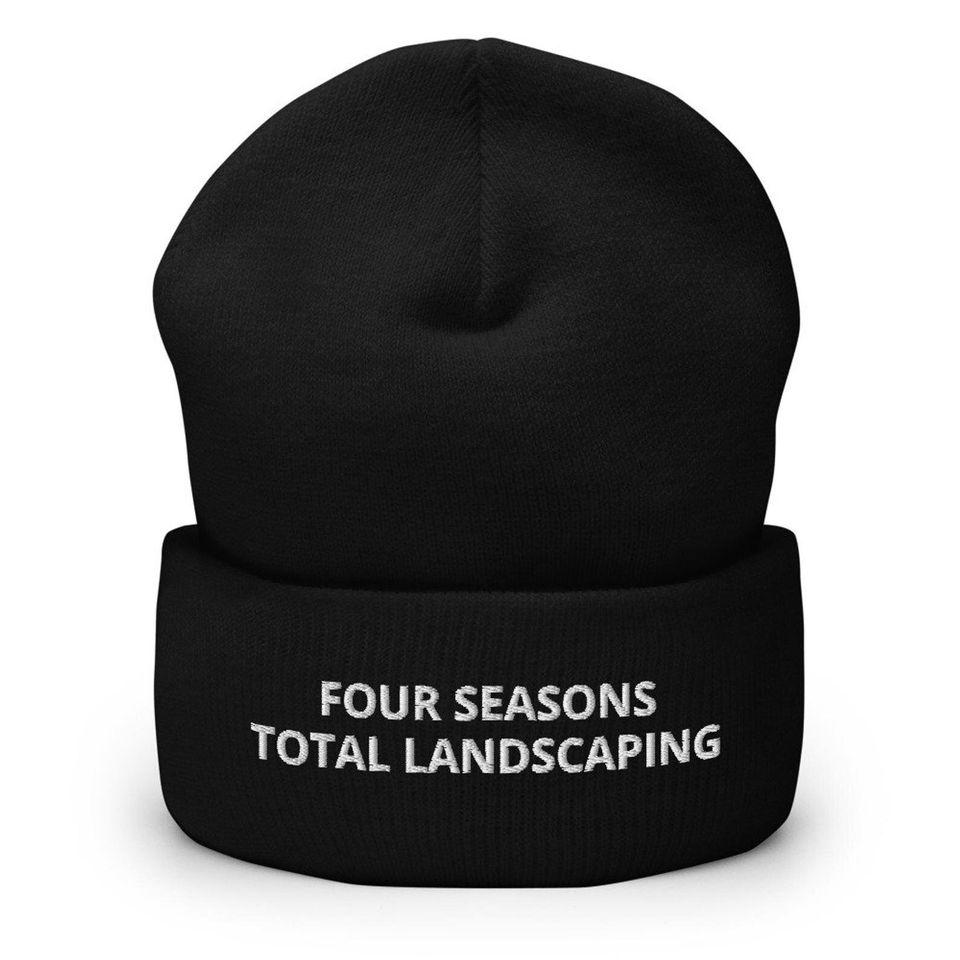 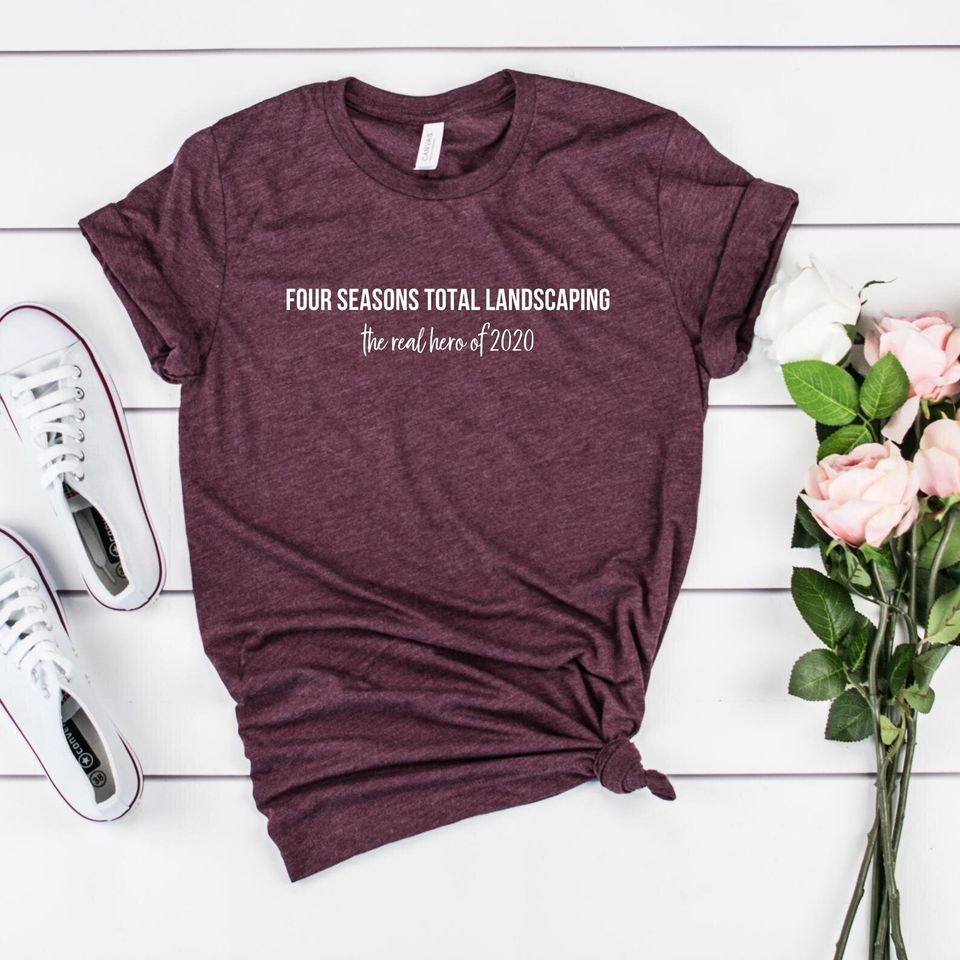 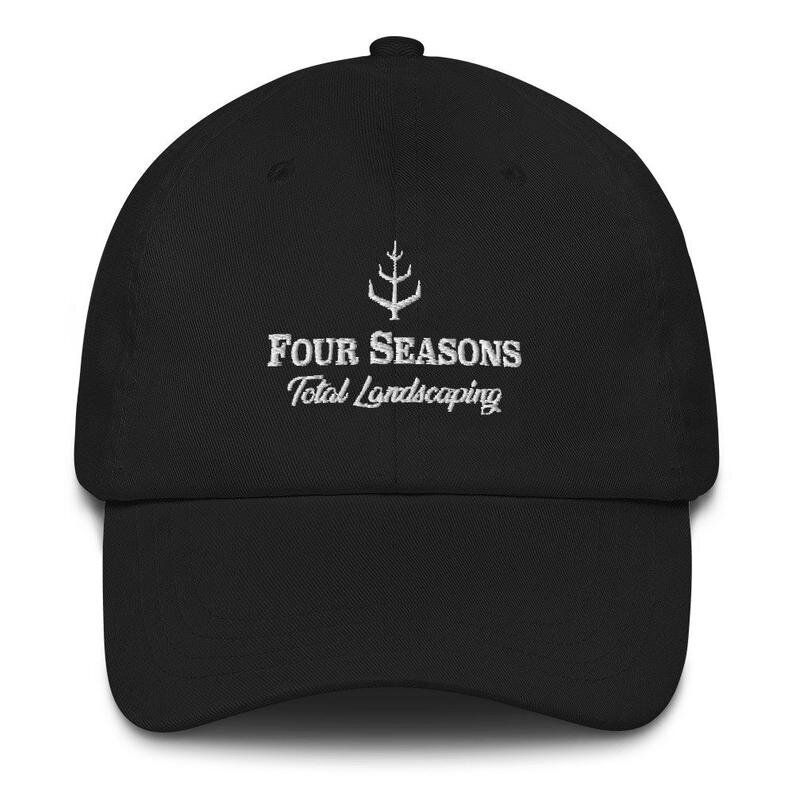